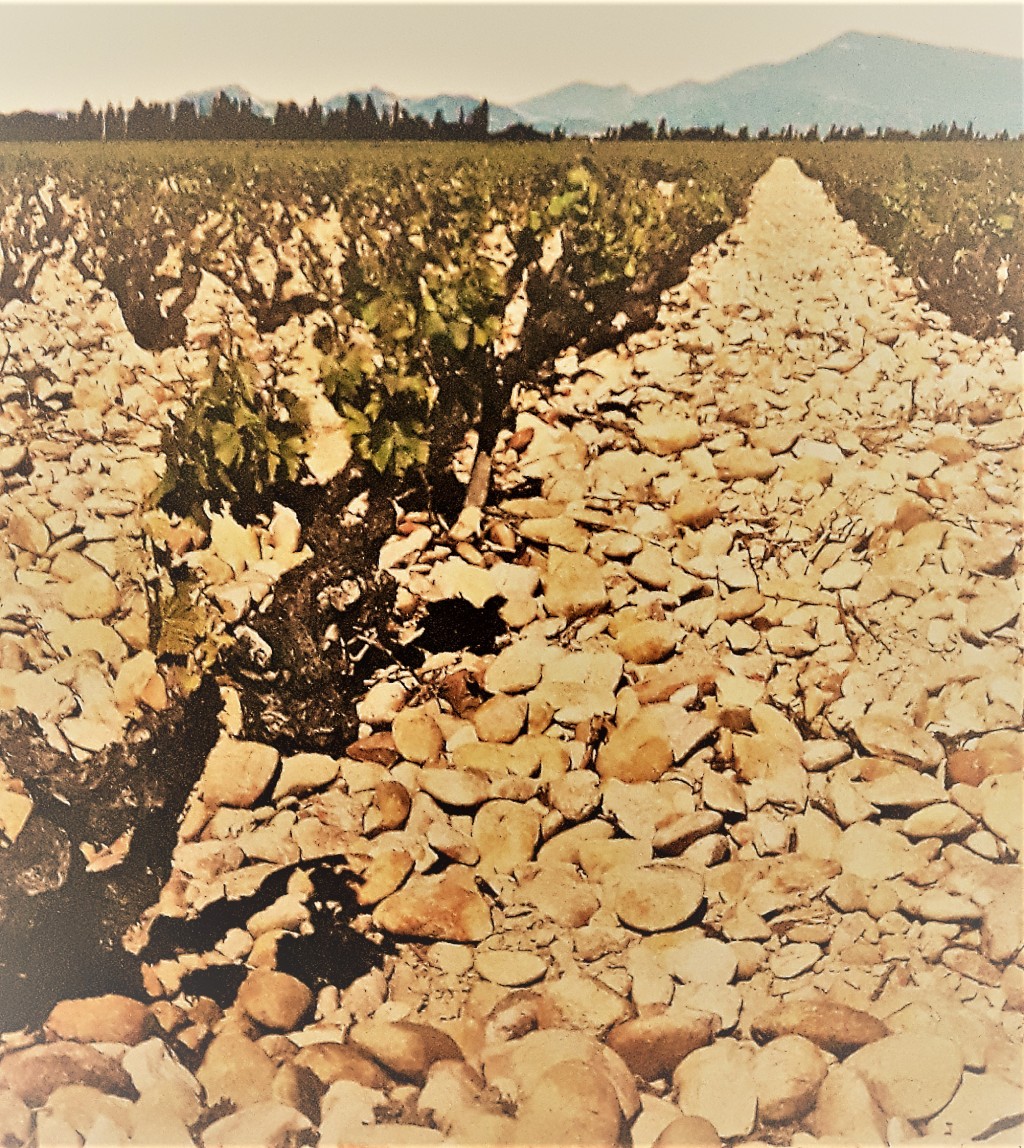 The world of wine, like many others, throws superlatives around like confetti. Icon. Sensational. Remarkable. Breathtaking. Extraordinary  and on and on … In most cases these are moderated to mean something more akin to the taster in question ‘really liking the wine’! Truly ‘extraordinary’ wines are rare and becoming even more rare than they once were. We say this because so many wines are now shallow copies of their peers or contemporary bursts of imagination that very often fizzle into mediocrity and yesterdays fashion statement.

There are ‘extraordinary’ wines. Its a title, however, that needs to be earned and not granted. Its a description that very few are entitled to.

Chateau Mont-Redon Chateauneuf du Pape is extraordinary and its wines are quite simply magnificent. Why?

The property is a single vineyard block of 100ha in the north west corner of Chateauneuf du Pape just south of Orange and north of Avignon in France. Grapes have been grown here since Roman times and the vineyard was officially recognized as far back as 1344 when it was part of the Pope’s land.

The land itself is where the ‘magic’ begins. In 1923 the family of the current owners began with a small 2.5ha vineyard in a much larger plot. They removed trees and scrub and cleared the land back to its ‘essence’. Along the way they enlarged their vineyard so that now it is 100ha within a 186 ha land holding. As they cleared they exposed the most brilliant selection of rounded boulders (galets roulés pudding stones) above red clay and limestone. In 1980, another domaine was acquired in the Côtes du Rhône, and in 1997, one in Lirac.

A unique geology, allied to a benign Mediterranean climate, the cleansing Mistral wind and a great length of time understanding the 13 different grape varietals that are both allowed in the Appellation, and grown on the property, all add up to ‘uniqueness’.  (Have a peek at the Mont-Redon website for a very good beginners guide to the local geology and a really well done pop-out of the local grapes – all 13 of them!!)

Local agents Mackenway Distributors recently showed each of the wines they distribute from the Mont-Redon.

untouched as it’s a late ripener!) Very fresh wine with a memorable bouquet of dried apricot and light acacia: lots of stone fruit character on the palate with fabulous structure and length. Skilled winemaking in a difficult year. Very attractive. (Viognier, Grenache, Roussanne)

Chateau Mont- Redon Lirac 2015: Just across the river from the Chat du Pape vineyard and sits on plateau galets. Muted nose (- a tad young?) with small oak and dark cherry.

Palate has soft, round (nothing too young here!) fruit feel slapped bang up against a wall of impressive structure. Absolutely exquisite tannins lead to an excellent lengthy finish. Top class wine. (Gren70,Sy20,Mourv10)

palate that needs another year to begin to open out. When it does it will be superb as the peppered finish, fruit depth and rich acidity (no malolactic) all bode well. (We are told that this wine generally develops an oiliness as with Riesling when it ages. Must taste older vintages …) (Grenache55, Clairette20 with Bourbelenc, Roussanne and Picpoul)

Chateau Mont- Redon Chateauneuf du Pape 2015:  Majestic. What I really like about this wine is that it is not trying to be brute but it is seamlessly strong! Red in ruby of

iThere are no comments

Begin typing your search above and press return to search. Press Esc to cancel.